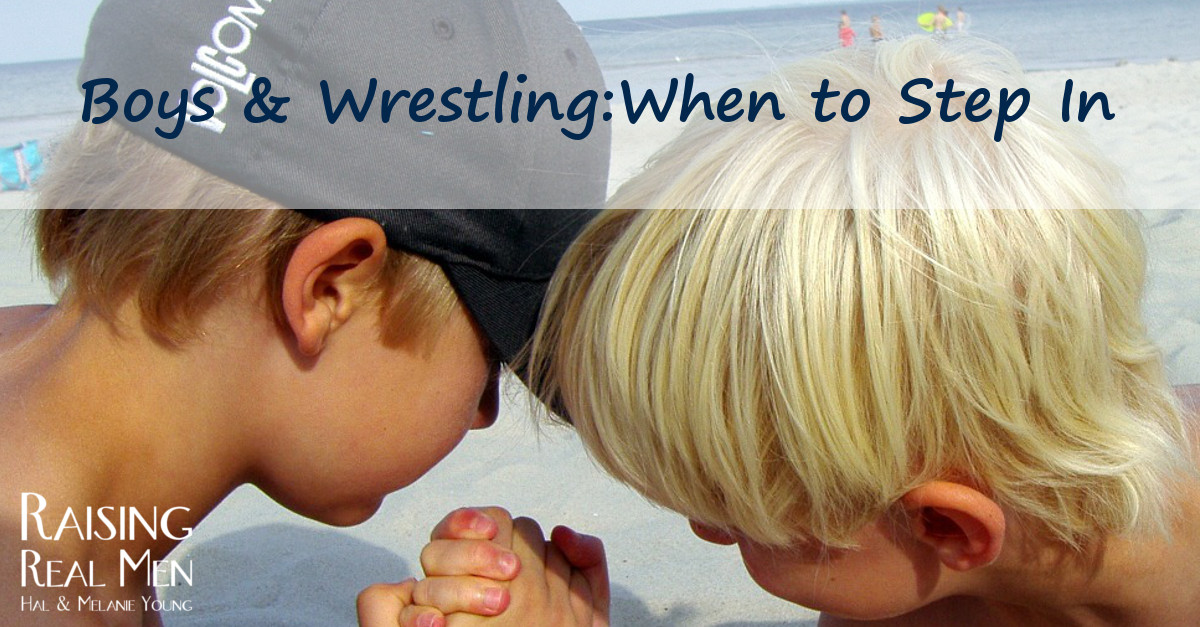 When Do You Step In When Boys Are Wrestling?

Posted by Hal and Melanie Young in Boyhood, Fatherhood, How to Be a Father, How to Be a Mother, Raising Boys, Young Boys
215shares

A reader asks, “When do you step in when boys are wrestling? My 10 & 8 year old boys are constantly in some form of a challenge on the trampoline, in the yard, on the lake, in the house, etc.”

The way boys are always wrestling can be pretty frustrating, especially for moms. It’s hard to know if or when to step in and if you don’t, it seems like it often ends in someone angry or in tears. It’s important for boys to learn to be comfortable roughhousing with other boys and testing their strength against one another. Having physical courage is an important part of being a man and being comfortable in the role of protector. How do you keep it safe and healthy, though?

Our rules are pretty simple. For one, you don’t wrestle in the living room or kitchen. I would like to have a few nice things when they’ve all left home! The kitchen, on the other hand, is just too dangerous with boiling water, hot grease, and sharp things lurking around.

The other rule is that if anyone says, “Stop!” or “Knock it off!” it must stop immediately or you are a bully and we discipline quite firmly for being a bully. 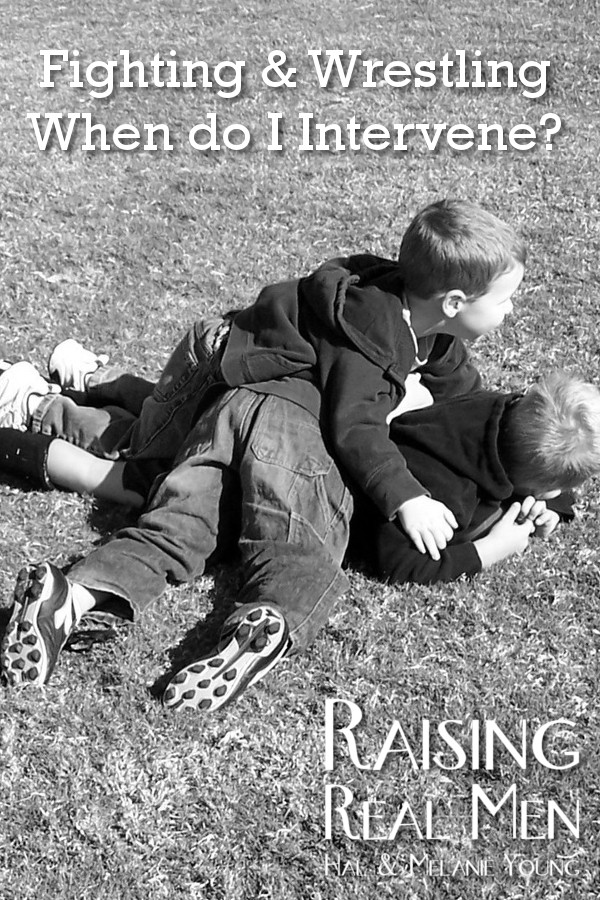 We explain it to them like this: When fighter pilots are training, when they are doing war games, for example, if anyone broadcasts, “Knock it off!” they immediately disengage and separate. That means there is some danger or some other reason that they need to stop for everyone’s safety.

In the same way, wrestling is a war game; it is practice combat. Because it’s practice — You certainly have no intention of hurting your brother, at least, you’d better not! — there’s got to be a way to call it off if someone is getting hurt or needs to stop. If you can’t keep this rule of mock combat, then you aren’t mature enough for war games and you won’t be allowed to wrestle.

This works well for toy sword play, rubberband guns, any kind of play that involves pretend fighting. We believe that mock combat is appropriate for boys to play because one of their God-given roles is to be the protector of their family, and if needed, their community and nation. This is just an easy way to keep it healthy between brothers.

For more on how to help boys turn their natural aggression to righteous purposes, plus lots more on raising boys, check out our award-winning book, Raising Real Men! For great gifts and resources for your whole family (and especially your boys!) check out our store.

10 responses to “When Do You Step In When Boys Are Wrestling?”