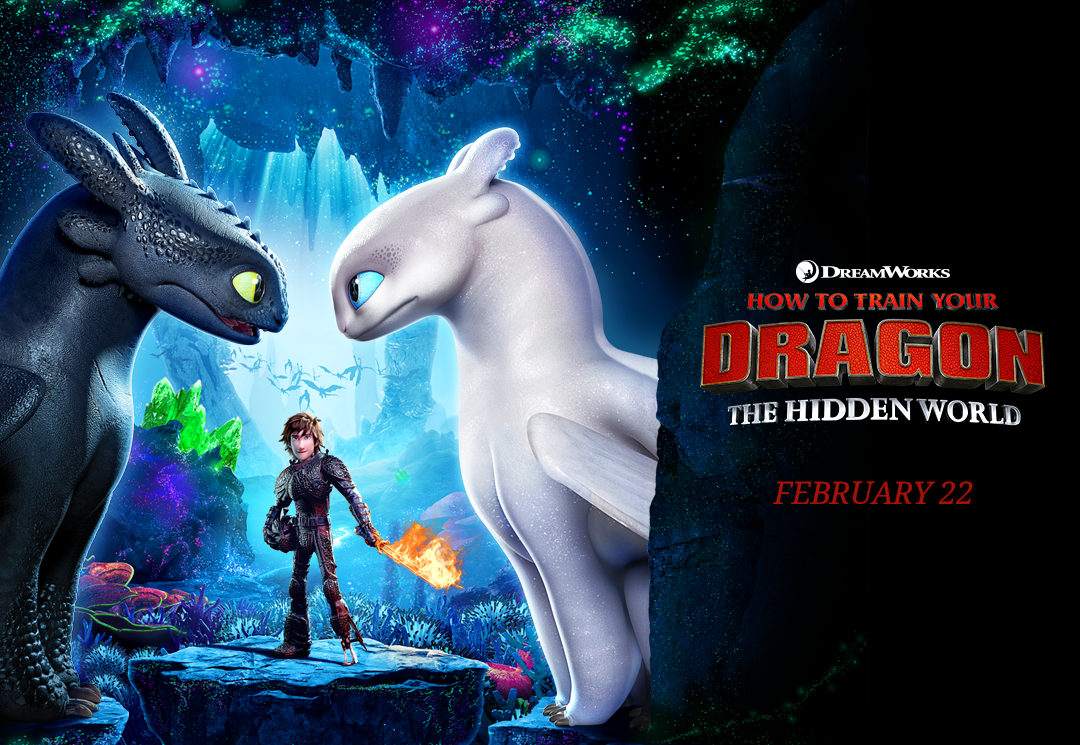 Review: How to Train Your Dragon: The Hidden World

With its prequels having resolved their own struggles, and the Netflix show adding little to the world, the series finale How to Train Your Dragon: The Hidden World seemed to offer little more than one last visit to the picturesque village of Berk and its fantastical, improbable menagerie of dragons. But all is not well in the dragon-riders’ world. Can our young heroes navigate the existential challenges before their tribe, and protect those whom they love? Romance is in the air, but amid turmoil, struggle, trials, and doubt, Hiccup and Toothless and their friends still have a lot to learn about love, leadership, and sacrifice.

Our story opens with our hero Hiccup (Jay Baruchel) leading a utopia—his chieftain father’s village of Berk, now become a brightly-colored safe haven for dragons and Vikings alike. In company with his irrepressible counterpart, the alpha Night Fury dragon Toothless, and a motley array of friends mounted on their own dragons, he leads raids against dragon-trappers and traders to free their dragons and lead them back home to the village of Berk.

All is not well at home, though. Since his father’s death, Hiccup has been thrown into an adult role he’s possibly not quite ready for. He has his mother back, and he’s sure of himself around the dragons, but people are another story. His relationship with Astrid (America Ferrera) is fraught with insecurity and the immaturity of young love, and marriage seems unthinkably distant. With the other young bucks hinting that they’d be better choices for the throne, constant low-grade warfare with the dragon-nappers, and the logistical challenges of a small town full of big Vikings and even bigger dragons… Hiccup has more than enough on his plate.

A nighttime counter-raid by the dragon traders throws town squabbles in sharp relief. Grimmel the Grisly (F. Murray Abraham) confronts Hiccup and demands he hand over Toothless. The Machiavellian leader of the dragon traders acquired his reputation killing off the ultra-rare Night Furies and declares Hiccup’s beloved dragon to be the last one surviving. With a swift counter-attack, Grimmel is driven off, but not before Berk is shaken and Hiccup’s ancestral hall is in flames.

When the very next day, a mysterious, beautiful female dragon like a white Night Fury is found in the forest outside of town, Toothless is instantly captivated as he tries to win the skittish beauty’s attention. With their safe haven now at risk of raids and Toothless distracted, Hiccup recalls stories of a mysterious place beyond the edge of the world, a legend of a land that the dragons call home. Maybe the best thing for the village and its dragons, hounded by their enemies, would be to abandon their homes and head out into the unknown, in search of this hidden fastness. But their enemies will scarcely let them go so peaceably. The young chief faces tough decisions that will stretch his maturity and wisdom in his quest to save those he loves—human and dragon alike.

The How to Train Your Dragon series has definitely had its share of awkward or inappropriate content in earlier installments. The story is set in a pre-Christian Viking atmosphere, complete with trappings of paganism or animism. This film, however, skips most of the pitfalls, with only a few passing “by Thor” or “by the gods” and a wedding performed by the local crone. A character is encouraged to ‘embrace [your] inner Viking’, but some of these details of life in Berk are scarcely worth emulating—sibling rivalry, girls going off into battle, hygiene and medicine at a caricatured medieval level, and constant insults and hard words thrown about. Thankfully, the homosexual undertones hinted at in the second film are absent in this sequel, and traditional marriage (while joked about) is presented as a worthy goal, an important part of adulthood, and, far from exclusively romance & roses, a matter of serious self-sacrifice and commitment. 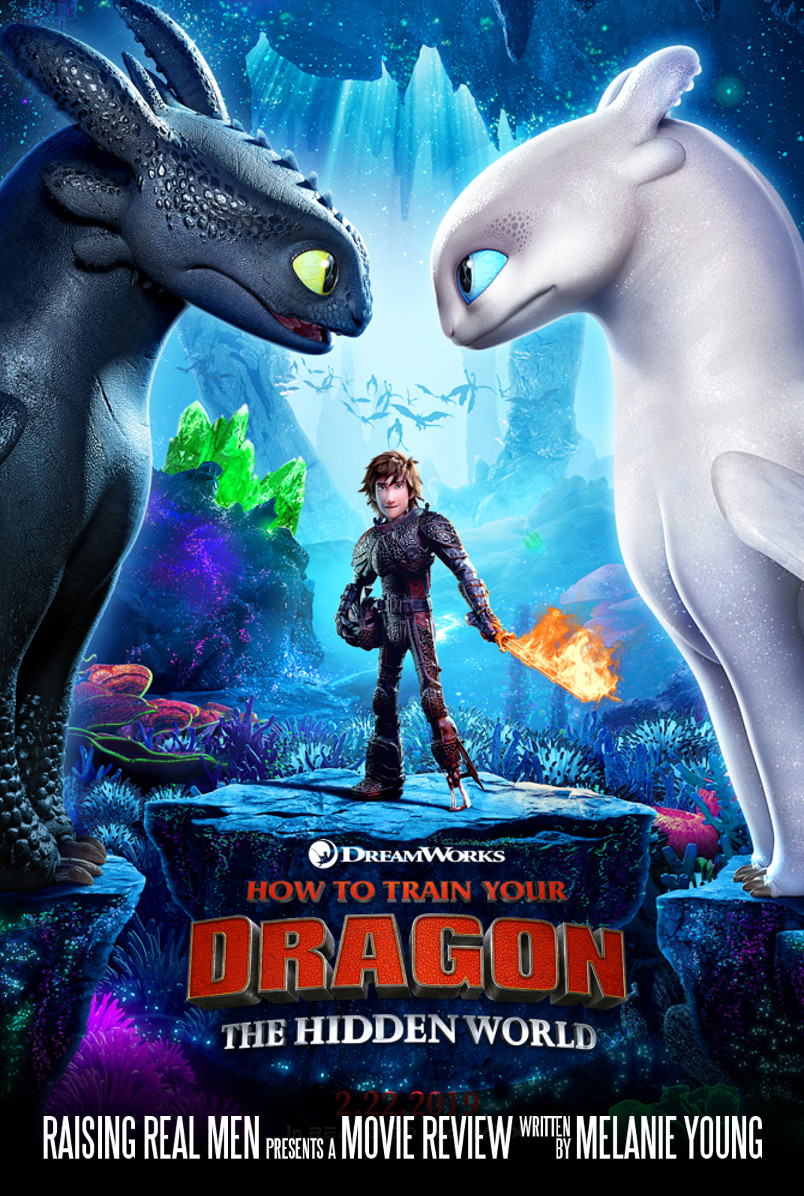 The first film in the franchise was largely a sweet story about mercy and compassion, but the second had some major missteps in its handling of questions of duty, loyalty & stewardship. This finale to the series shines, however, with an intense and emotionally resonant theme: true love requires laying down one’s own wants and needs for the other. Hiccup grew up largely without his mother, but his father testified of his faithfulness and love for his lost wife. He may struggle to communicate it, but Hiccup loves both Toothless and Astrid, in different ways. Toothless finds romance for the first time, pursuing the Light Fury, and must navigate suddenly split loyalties, between Hiccup, and his love interest. To become adults, and lead their peoples well, both must learn vulnerability and sacrifice–to let others come alongside, but also to put their peoples’ needs & dreams ahead of their own.

Despite the existential drama of Berk’s choice and the war against cruel dragonslayers, this sequel is filled with that precious commodity—hope. Accompanied by a soaring, Celtic-influenced soundtrack, the visually stunning film depicts hard choices and desperate scenarios, but ones ultimately conquerable through love, loyalty, and self-sacrifice. This story breaks new ground, but also brings the series to a thoroughly satisfying conclusion, with the soaring adventure and heartwarming good humor that are the hallmarks of the series. Is the mark of a good series that it knows when it’s complete, yet leaves you wanting more? I don’t know, but with clear themes of true heroism and sacrificial love, The Hidden World brings this trilogy in for a graceful landing. Recommended.

Note: Don’t miss the ending and the fun animations in the credits.

Questions for family discussion after the movie below. 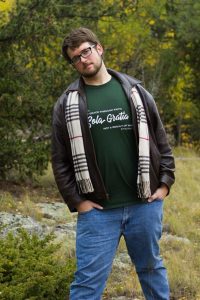 Why did Hiccup and the other people from Berk send the dragons away?

They realized that the dragons weren’t safe in the human’s world, that people would keep trying to capture and kill them.

What are the themes in this movie? Remember the theme is not the same thing as the plot or subject. Theme is the message the screenwriter and director are trying to get you to believe.

Then ask: When do you see these themes most clearly in the movie?

There are two major themes in The Hidden World. At first glance, someone might say, “If you love something, let it go,” but a much better, more Biblical way to put it would be this, “Love is putting someone else’s needs ahead of your own. Talking about the difference between those things would be a good conversation for your older children. Watch for this theme when Hiccough says, “All I could think about was creating the world I wanted, I never thought about what you needed.”

The second theme is, “Love is worth the sacrifice.” Look for Stoic’s advice here, “Love means loss, but it’s worth it.” Also, note Hiccough’s encouragement to the Light Fury to go to Toothless’s assistance, “Save him!” and the Light Fury’s rescue of Toothless followed by her return for Hiccough.

In the How to Train a Dragon series, bad guys are easy to identify – they look scary and evil. Similarly, the series would lead us to think that is someone is big and heavily-muscled, they must be stupid. Is this realistic? How do you identify someone evil in the real world?

The Bible tells us that evil often masquerades as good and that bad things can be beautiful. 2 Corinthians 11:13-14 says, “For such are false apostles, deceitful workers, transforming themselves into apostles of Christ. And no wonder! For Satan himself transforms himself into an angel of light.” So the only way to tell if someone is evil is to judge by their works, by what they do.

Neither can we judge whether someone is smart or dumb or anything else by the way they look. When the prophet Samuel thought the Lord would choose the next king of Israel by the way one of them appeared, the Lord told him, “Do not look at his appearance or at his physical stature, because I have refused him. For the Lord does not see as man sees; for man looks at the outward appearance, but the Lord looks at the heart.”

This is a great opportunity to talk to your children about race, too. People have a tendency to judge one another based on easily identified differences, but Acts 17:26 tells us, “He has made from one blood every nation of men to dwell on all the face of the earth…” People should be judged by their actions, not their appearance, since we are all made in the image of God. We’re more alike than we are different.

We enjoyed this movie so much more than we expected to. I hope you will, too!