Teen Romance: This Could Get Serious (1)

Recently we wrote about how to effectively parent a pre-teen son with a crush. It’s not a real, mature sort of Christian love, but a 11- or 12-year-old doesn’t realize that … it’s feels real to him! So we recommend you take it seriously enough to talk about relationships, not just laugh him off.

An older teenager with a romantic interest is a different matter, though. How do you deal with that?

When your son is interested in a young woman, your counsel is going to be different when he’s 13 compared to when he’s 19. Clearly a thirteen year old is not ready to pursue a wife! Your nineteen year old, however, may be there – or will be soon.

Whatever the age, though, we’d recommend three things:

… because no matter what age, he needs to realize this is a serious thing he’s dealing with. 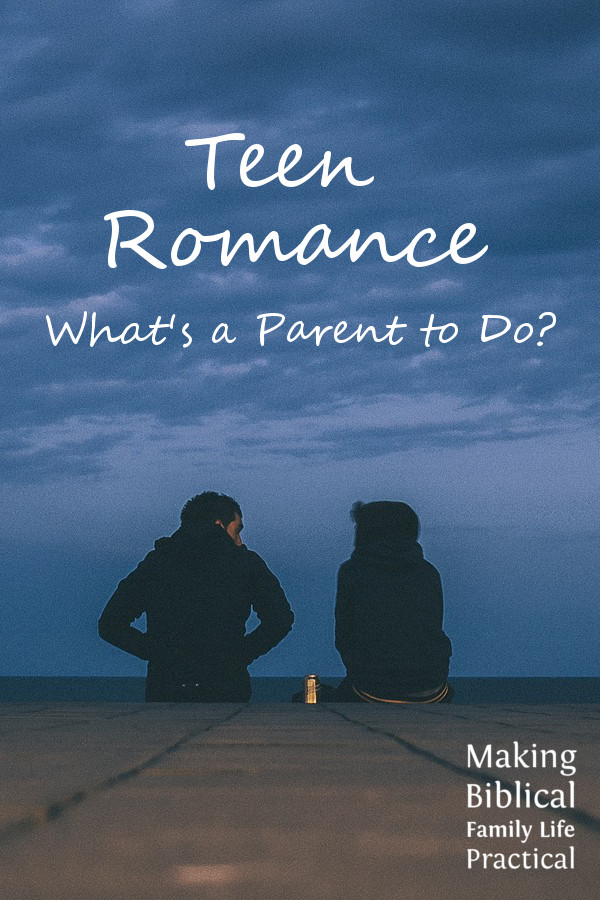 It’s different with a teenager because of two things.

First, we have to recognize that our teens are moving rapidly from childhood to full adulthood. The apostle Paul wrote that he was a child, and then he became a man – he doesn’t talk about parking in an adolescent holding pattern. Since our child is making this huge transition, then our approach to parenting has to transition as well. We shouldn’t treat our 17-year-old as if he were 7. And we have to advise our 14-year-olds differently than our 19-year-olds, too.

We have to recognize as well that the older our son is, the higher the stakes become.

He knows very well that the world will consider him an adult as soon as he turns 18. If we break our relationship this close to the threshold, he may just walk out of that door – and out of our influence. If we want to have a continuing role in our son’s life as he moves into independent adulthood, we simply have to realize that very, very soon, he can decide to go – and there’s little we can do to prevent it. By that time your relationship has to be established on trust, not command. You can’t command his feelings, anyway, and rules are not going to settle the matter at this age. How you handle this highly emotional situation is going to affect not just your son’s relationship with a young woman, but his relationship with you, too.

Back to the romantic teen. How do you talk sense to him?

First, hang on a bit. Like we advise with younger Romeos, take him seriously. You may have serious misgivings about his level of readiness or maturity. Still, he’s feeling something that moves him – and the world (even much of the church) is happy to cheer him on to follow that feeling. The Bible tells us to “Rejoice with those who rejoice, and weep with those who weep.” (Romans 12:15) We don’t automatically endorse a son’s romantic notions – but we should take our son’s feelings seriously because he takes them seriously first!

Check your Bible – and be willing to follow it! When it comes to guy-girl relationships, there has been a lot of well-meant advice that stands on soft ground, at best. The Bible gives lots of examples of relationships leading to marriage, and lots of them are not advisable in our own culture – permissible Biblically, maybe, but not commanded, and in our society? Not recommended. For example, there are marriages completely arranged by the parents; there are marriages as a result of kidnappings at a religious event; brides are given as rewards in battle; and there are other, shall we say, unusual circumstances. The Bible says many things about relationships, but it doesn’t prescribe just one way to pursue them. Are we open to that?

Because your son’s love story may not look like your own. God’s plan for your son may surprise him – and you, too. It may be unexpected and not at all what you were picturing. Be open to what God may be doing in your son’s life. 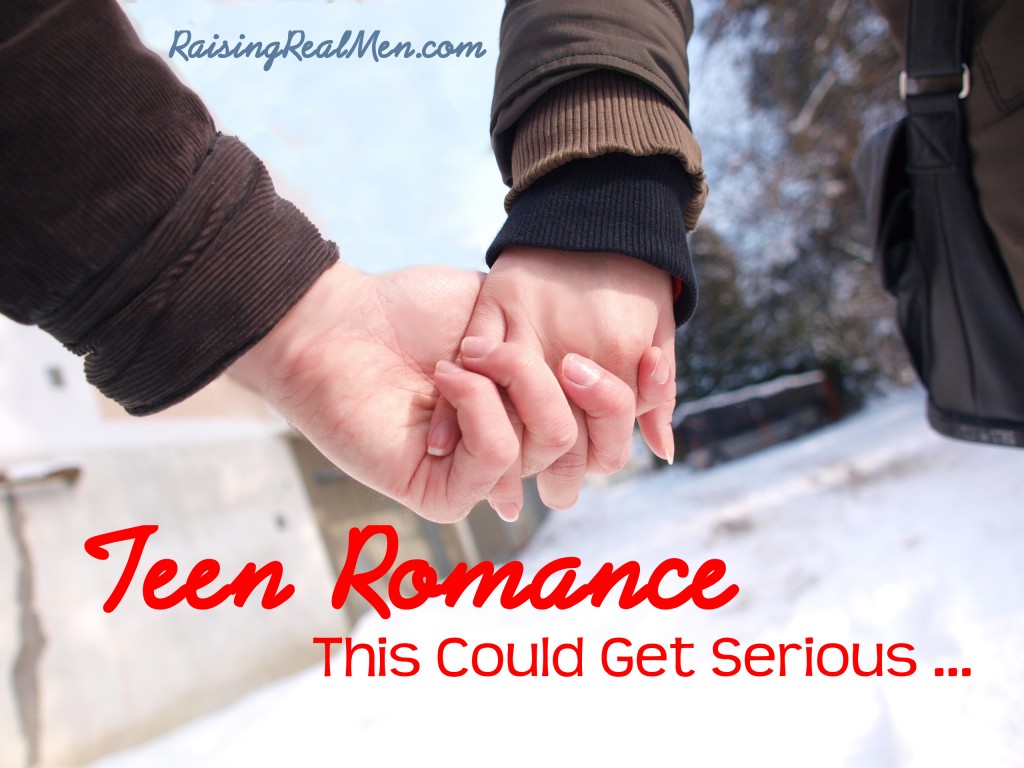 Remind him of the things which the Bible is clear about.

Marriage is a good thing. He who finds a wife finds a good thing, and obtains favor from the Lord. (Proverbs 18:22) We put so many cautions and fences around our young children, they might miss the message that marriage actually is a special gift of God and a very worthwhile goal to pursue!

It’s appropriate for young men to be friends with young women, even when they shouldn’t be in a formal “relationship.” Paul told his young co-worker Timothy to treat the younger women in his church as sisters, “with all purity”. (1 Timothy 5:2) Brothers and sisters have a certain level of openness and friendliness, but appropriate restraint, too; you don’t treat your sister as if she were your lover. We talk a little more about this HERE.

Sexuality is a blessing, but only within marriage, so anything urging him that way is a prompt to move toward the wedding – not the back seat of the car. Stirring up strong desires toward one another can become sinful even short of “going all the way.” Jesus warned that lust – even if there’s no action – is sinful in itself (Matthew 5:28). Paul even said it is better to get married than to “burn with passion.” (1 Corinthians 7:9) It’s important for a young man to keep his desires under control until he’s ready and able to be married – and then, save them for the wedding night!

If he – or his romantic interest – is a professing Christian, then they should both be – or the relationship shouldn’t move ahead … regardless of their age. (2 Corinthians 6:14) There are very nice and very attractive young women who are not following the same Lord as your Christian son. “Missionary dating” is a bad idea; Solomon was the wisest of men, and look how it turned out for him (1 Kings 11). 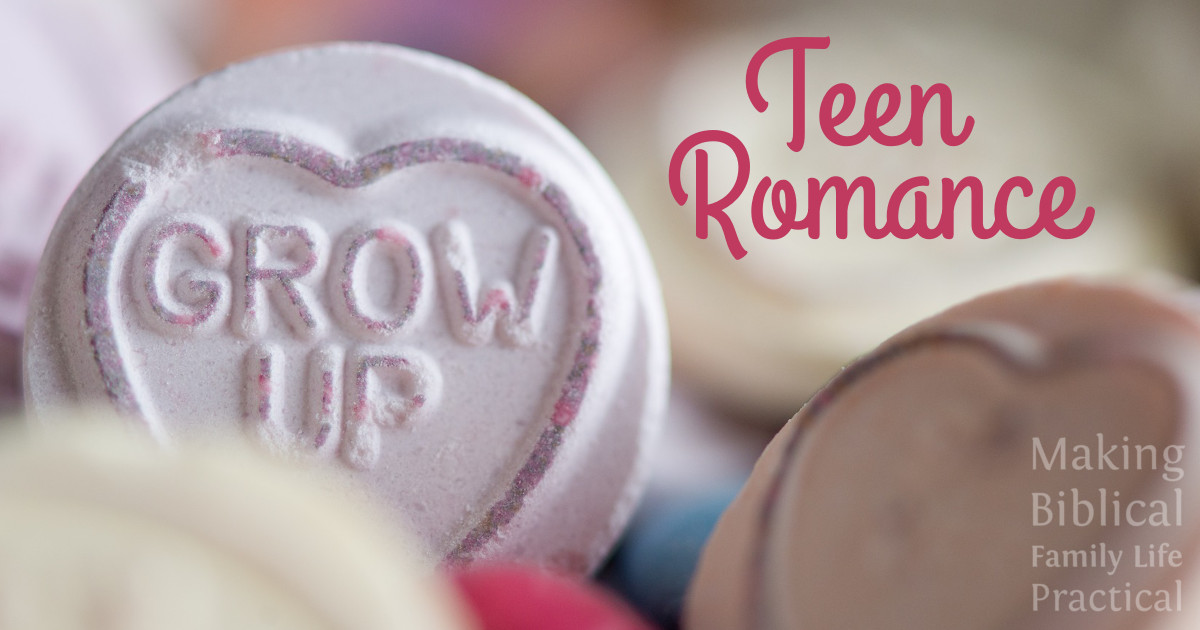 A very straightforward reality check is – A man should be prepared and able to support his family financially. 1 Timothy 5:8 says that “If anyone does not provide for his own, and especially for those of his household, he has denied the faith and is worse than an unbeliever.” It isn’t right to begin a situation where you’d immediately be outside of God’s standard. Is your son in a position where he could realistically fulfill this command reasonably soon?

This may be the easiest way to counsel a young man to slow down or change a burgeoning romance. Numbers are hard to argue with, and expenses and income have a way of anchoring dreamy thoughts. It doesn’t become a sensitive matter of “You don’t like my girlfriend!” or “You treat me like a child!” It’s a simple math exercise. When he really wakes up to the reality of a responsible, God-honoring relationship, he may be able to see that he won’t be ready for several years at least – and that’s a great argument for turning down the level of pursuit!

However, there are some cautions we parents need to recognize on this road, too. What you expect “providing for a family” looks like may be different from what your son expects – and to be honest, it may even be more than God requires! So we need to think this through as a separate issue … 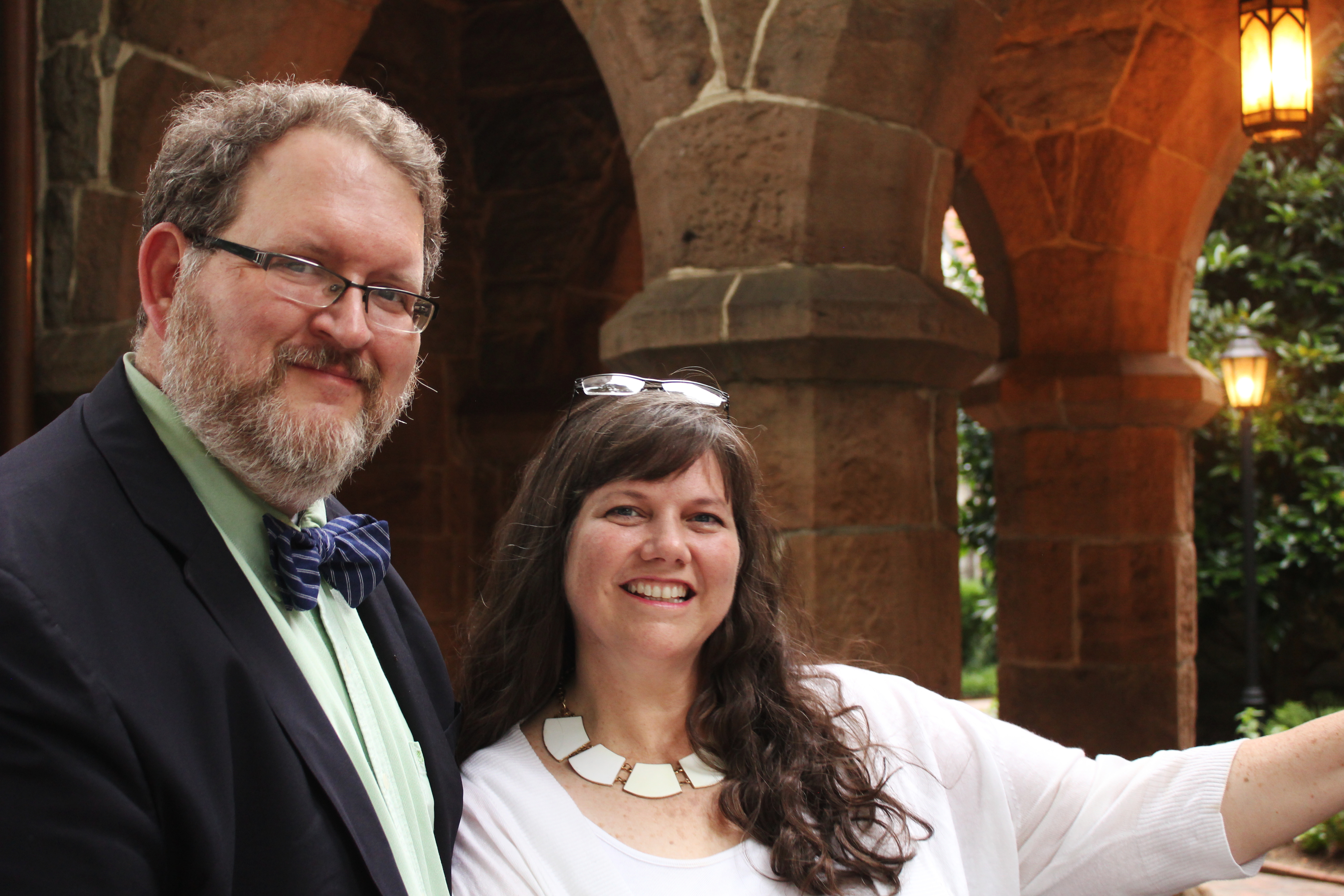 3 responses to “Teen Romance: This Could Get Serious (1)”