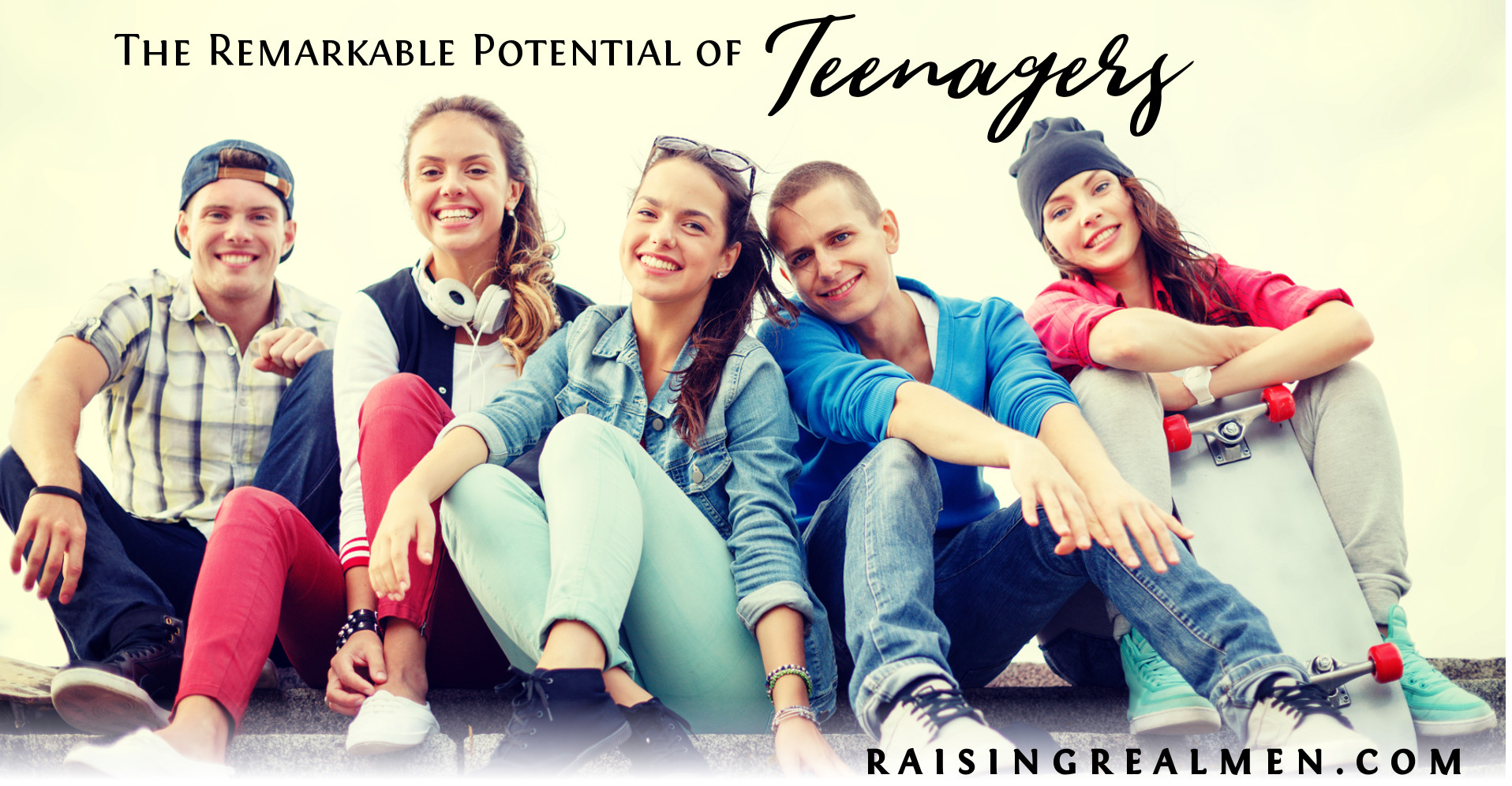 The Remarkable Potential of Teenagers

The oncologist looked at Hal skeptically.

“Well,” he conceded, “if you feel up to it, you can travel. And you can speak from the platform. But you can’t stand around shaking hands afterward – your immune system is going to be completely shot.”

The results had come back from the biopsy – he had advanced lymphoma, and he was about to start chemotherapy. The good doctor from Duke had listened while we explained what we do in our ministry, and travel was a concession – no compromise on the personal contact.

We had hardly gotten this far explaining it to our family when our teenagers burst out, “Don’t worry, Dad – we’ll take care of the book fair!”

Our oldest still at home were 16, 14, and 12. We might have been a little skeptical, but at the time, we didn’t have a choice. Hal was sidelined, Melanie would be busy counseling and praying with parents, and somebody needed to handle the business part of our resource table. If teens are who we had, then teens would have to do the job.

And it has made a world of difference!

So many people consider the teen years and react with alarm, “Batten down the hatches! Duck and cover!” And yet, we look back and history and wonder. Laura Ingalls Wilder was put in charge of a school before she turned 16. John Quincy Adams was 14 when he became the sole translator for America’s embassy to Catherine the Great of Russia. Paul Tripp calls it “The Age of Opportunity;” why shouldn’t we expect more from the teenage years?

What started as a necessity in our family developed into a tradition – ever since that day, our teenagers and their younger siblings have managed our booth and many aspects of our travel. They shoo us out into the aisle, telling us, “You need to be talking with the parents that need help! Let us take care of this stuff.” They load and unload, set up and manage. They deal with customers of all ages, polite or combative. And they take turns in charge of the booth and their siblings, watching the younger ones and passing on job skills to the middle group.

Sometimes they even challenge us! Our third son made it a point of honor to learn to drive our 15-passenger van and trailer in any situation – threading night-time traffic alone in downtown Phoenix, backing the trailer into a tight parking space, or turning the whole rig around on a one-lane road that suddenly became impassable. Hal had to step up and improve his own skills to keep from calling the 16-year-old to get us out of a spot!

They became so involved in the business and support of our ministry, we naturally included them in all our planning. “We need some products to keep the younger children quiet while you talk with their parents,” they told us. We challenged them to come up with ideas, and they located sources for the swords and rubber band guns we sell alongside our books on parenting and marriage.

Three of our teens took what they were learning from our own business and bought another for themselves. The one who took the greatest part at the age of 13 is majoring in entrepreneurship in college and has already attracted venture capitalists to the businesses he’s started.

One of our teens became a freelance journalist at the age of 17 and was writing investigative articles for a statewide magazine before he left for college.  Another taught himself guitar and mandolin and joined a bluegrass band at a local coffee house; his elderly bandmates used to tease him, “I’ve got blue jeans older than you, Curly,” and he’d smile and reply, “But I’ve got more hair than all of you, combined.”

What made the difference? For all our teens, they found an area where they could serve, then we encouraged them to step up. By the time they were ready for college, they’d already been participating in grownup activities for two or three years, and they were unafraid to face the new opportunities which opened up in college and their early careers. 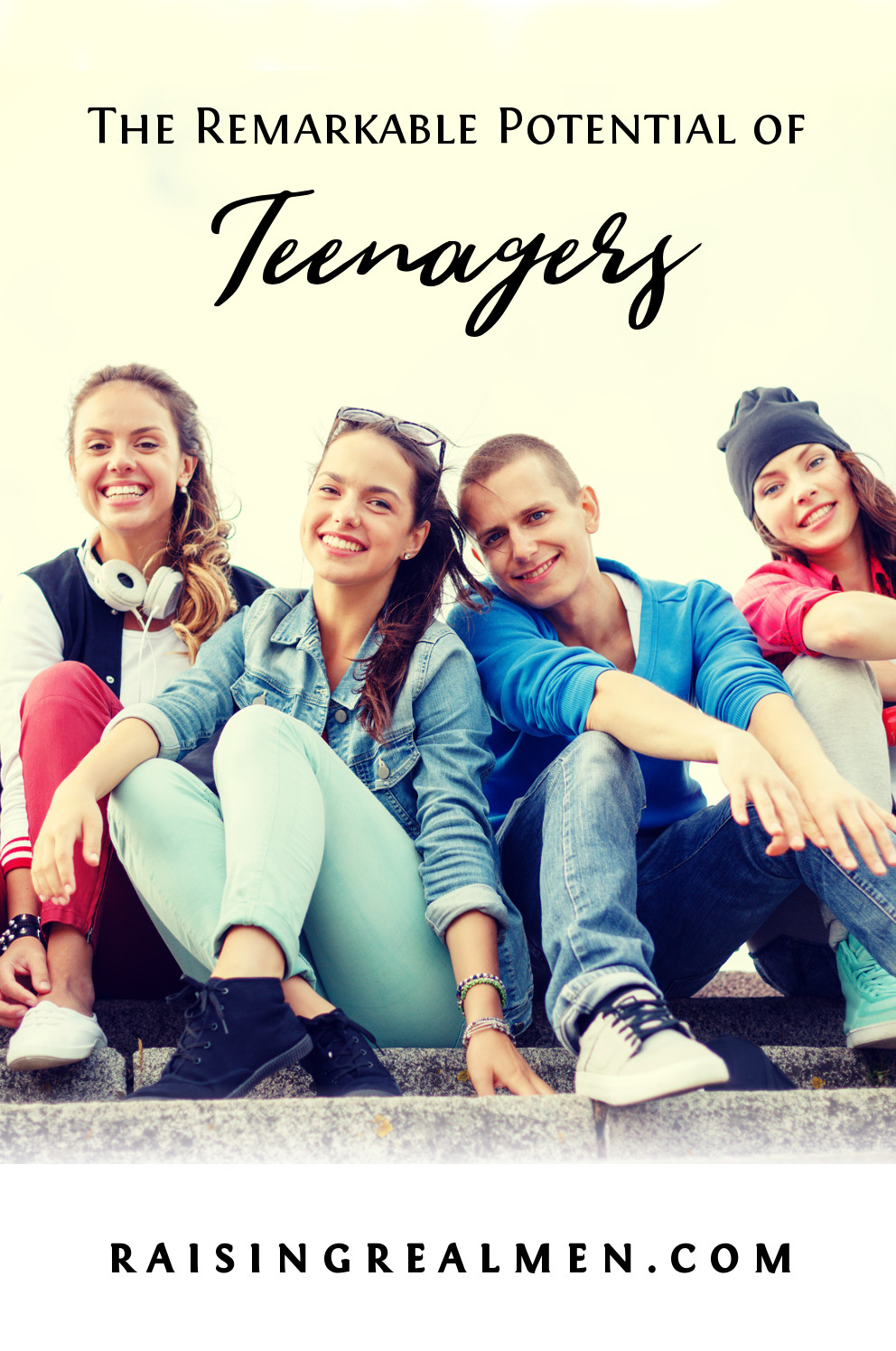 It doesn’t just happen, though. We had to teach and train and coach and supervise at first – not to stage-manage like they were infant prodigies, but to help them develop skills and confidence to move ahead on their own.

We’ve often camped our way across the country between conventions – both because it’s an adventure, and as a practical matter to save hotel costs (they add up when you take seven kids on the road). Our guys always took charge of setting up the campsite when we arrived … but to be honest, sometimes the older guys did more of the work, and the younger ones drifted and played around.

Then one trip, the two older teens left the group in Arizona to fly back for a summer job they’d accepted. Suddenly our two youngest guys were “The Crew” – the whole crew — and they weren’t quite on board yet!

The first couple of stops, Hal had to work alongside them and keep calling them back to the task when they dragged behind or drifted away. It was coaching and training time! But by the time we were back in the Carolinas, they had figured out the job and established a pattern for getting it accomplished. The next trip, they were fully capable and looking ahead for the next step – taking initiative like they owned the whole business.

You shouldn’t expect a sleepy-headed teenager to suddenly snap to attention when his 18th birthday rolls around. You need to give them opportunities and responsibilities along the way, helping them get their heads around work and service before they reach voting age.

But at the same time, you can’t expect them to leap into the harness when they turn 13, either. The teen years are a time of growth and transition, and it’s a gradual transition. Will you have to give your 14-year-old more supervision than your 17-year-old? Of course. And they’ll both need guidance about how to interact as grown-ups – what should they be practicing in thought, judgment, speech, and conduct, for when they stand on their own as young adults. That’s where the “coaching” comes in.

Ultimately, we have to prepare our sons and daughters to live without us. Obvious? Yes, but harder to put into practice. It means we have to give them principles to live by, not just directions, and give them practice “discerning both good and evil” (Hebrews 5:14). They need opportunities to act in the adult world. We need to let them experience consequences while the consequences aren’t life-shattering.

And we need to remember we’re not just training our kids – we’re preparing someone’s future husband or wife. We’re training the parents who will raise our grandchildren. Think about that a while! And then let’s embrace these last few years at home as our time to start taking off the safety bumpers and the water wings, giving our young men and women room to stand and go forth for themselves – to the glory of God!

This article first appeared in Connect, the magazine of Florida Parent Educators Association. To learn more about FPEA and homeschooling in Florida, visit FPEA.com

One response to “The Remarkable Potential of Teenagers”