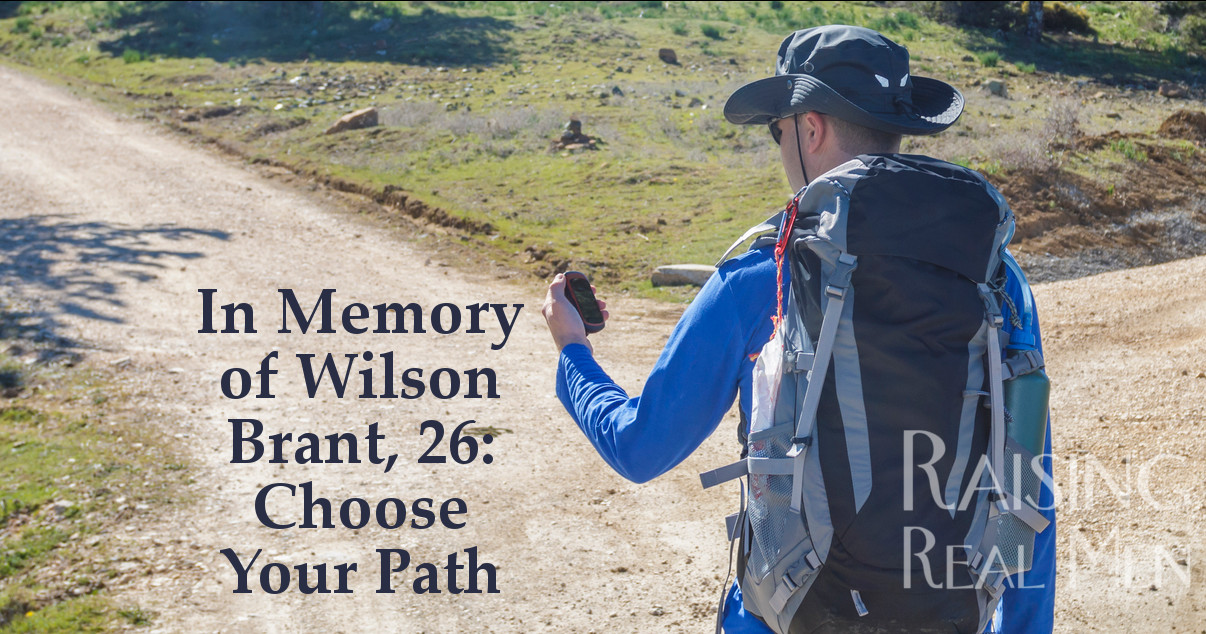 This one is for the teens and twenties. It’s hard to write, too.

When you’re young and healthy, you don’t really think about dying. It just seems remote.

But two days ago, our sons lost a friend they’d known for years from church and Christian activities. Wilson Brant was just 26 when a car accident on a rainy morning took his life. Just 26, and suddenly he’s gone.

Wilson was active with a local Christian theater group, Spiritual Twist Productions. Last summer he played the lead role in “Scarlet,” an adaptation of the Robin Hood story. He did a brilliant job, full of joy and pathos. This week he was acting in a version of “The Three Musketeers,” produced as a fundraiser to help his friend Joey Faggion enroll at the Sight and Sound Conservancy to study acting. He was to perform the evening of his fatal accident.

The show went on, but his friends turned those performances into a memorial where everyone talked about how his life had impacted their walk with Christ.

See, when Wilson died, no one doubted that he was with the Lord.

But the suddenness of it all made us think how few of us, really, expect the end will arrive so quickly. We hear of young adults raised in Christian homes, walking away from the church and the faith they were taught as soon as they leave for college or a job. Some don’t walk away, they just kind of fade out – drift off – with the same results.

Maybe they’ll come back to the Lord or get straight with Him later on … but what if they don’t make it to “later”?

Four of our sons have grown up and moved on to college and career. They all noticed that when freshmen arrived at college, the ones who got involved in a church and a campus Christian group in the first two or three weeks, pretty much never wavered in their walk with Christ through the college years. Those who didn’t, nearly always fell away.

When you’re an adult, you’ve got to have an adult’s faith — a faith of your own. You can’t stand on your parents’ faith when hard times come, much less when you stand before God. And you need to make up your mind about pursuing and owning and nurturing that faith for yourself. 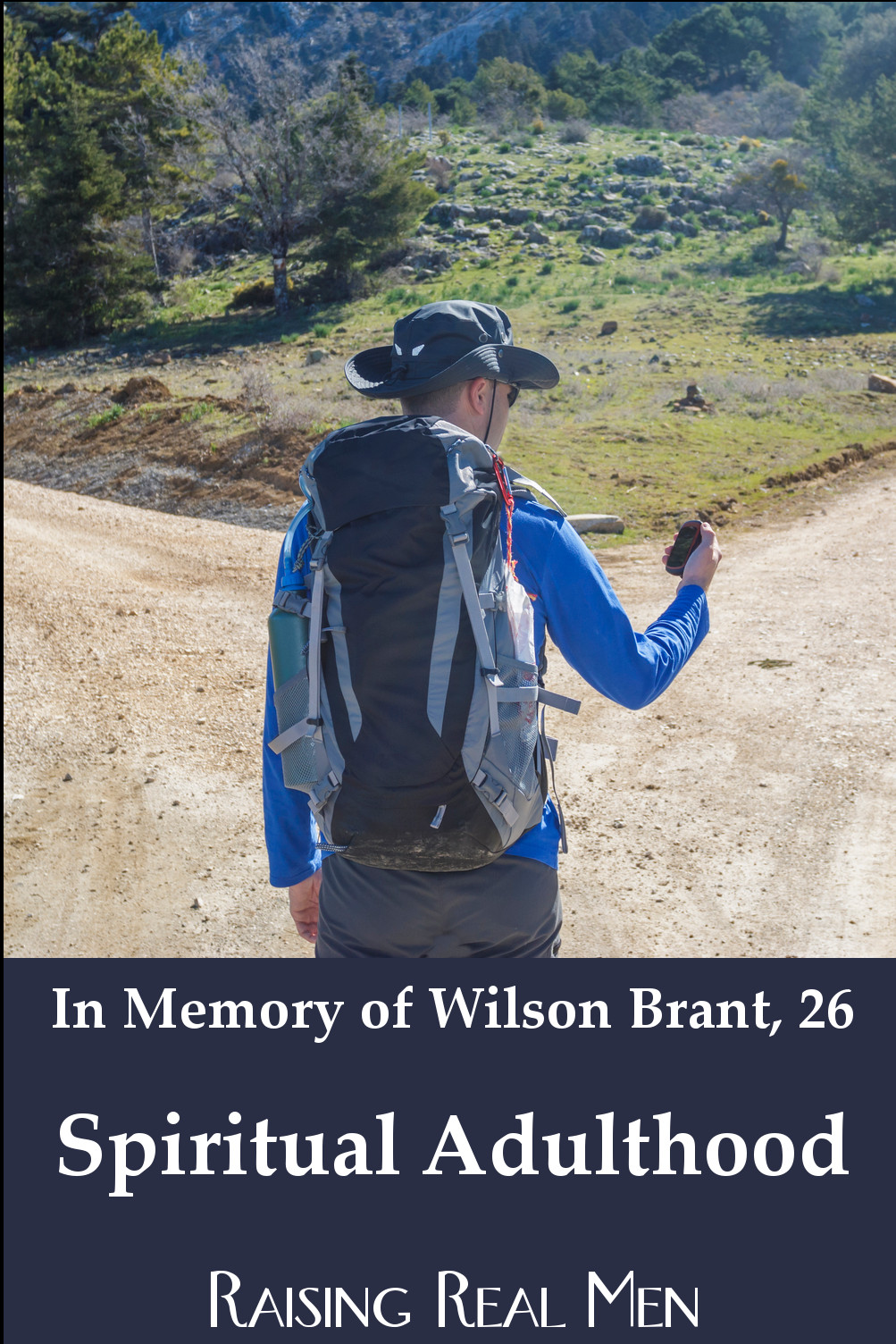 Wilson wrote about something like that four years ago …

I was sitting by a campfire one night, watching the fire intently as the flames mesmerized me. I couldn’t take my eyes from the beauty before them. My mind free from any thought or care, I just sat there as the colorful lights danced upward from the pile of sticks and logs in front of me.
As I sat there unthinking, my eyes turned slightly to see a small stick fall away from the rest, leaving its still-burning end pointed away from the fire and exposed to the cold air. I continued to stare at it as I began to wonder how long it would burn on its own. It seemed to burn more brightly than it had in the middle of the great flame from which it had fallen … for a moment.
It then began to simmer low and it seemed to be slowly dying. Now fully interested in this one little branch, I added a little lighter fluid so that it could continue to burn on its own, and it seemed to help. The now weak little flame began to burn a little brighter in the strength of the flammable liquid. However, it soon began to burn low and seemed to dwindle. As I studied it more carefully I noticed that the cold breeze that blew around me started to weaken the burning flame on the small branch. Then a very light rain began to fall over me and I saw the flame disappear, leaving the stick practically dead but for a few coals that crowned its charred end.
I turned back to the fire and saw that the cold wind and rain had not daunted the great flame in the smallest degree. It continued to burn just as brightly through it all. I then reached out, picked up the pitiful stick and returned it to the fire where it began to burn brighter than it had before.
After these events had taken place, they made me consider my own life. I began to see a parallel between my own life and that of the little branch. I considered my relationship with God and my brothers and sisters in Christ. I saw that when I stood alone in my relationship with God that I began to dwindle spiritually. I would be encouraged by a great sermon or words from a fellow brother and would change my ways, for a short time.
Then the cares of the world and other non-believers around me would weaken me, distract me, tempt me. This happened to me over several years. I then found it hard to see God at work in any area of my life, though in my heart I knew He had never left me, I had just been distancing myself from Him. At the point that I was all but dead spiritually, with the pain and guilt of my sins both past and present weighing heavily upon me, God picked me up and returned me to the fire.
He opened opportunities for me to get involved with fellow brothers and sisters in Christ that all had one goal, to grow closer to God and to give him the Glory He deserves with the gifts He has given us. Over those weeks He reached me, and revealed Himself to me in ways I had not seen in many years, through the passion of all of those brothers and sisters gathered there. I saw confession and repentance, changed hearts, miracles of physical healing, answered prayers. I felt the Spirit of God stronger than I had felt since I was a child. This has led, and is still leading me to love and trust God more and more every day!
We were not created to be alone, we were meant to live in community with others, and the community that we believers have in Christ makes our bonds stronger than mere friendship. And we know that even if we feel alone, we know that we are not. We have a friend that sticks closer than a brother, and He loved us so much that He died for us so we could live in communion with Him. I write this as a testimony to the faithfulness of God in my life, as well as to prove that we are not meant to walk alone in this world. We are meant to live and depend on other brothers and sisters in Christ, and be constantly pushing each other forward and upward in our relationship with God.

Wilson is right.
Look, if you really are a believer, you’ll want to be with other believers. You’ll want to know more about God. It’s your faith. Live it. Get into a good church right away when you leave home. Surround yourself with Christian friends. That’ll make it a lot easier to live like a Christian and stay close to the Lord.
If you’re chafing at that, if you are looking forward to the time you don’t have to go to church or hang around with Christians, you need to ask yourself a hard question: Am I a Christian or do I just look like one?
Christianity isn’t about what you do, it’s about who you know. Let’s face it, we’re all sinners. The Word tells us, “all have sinned and fall short of the glory of God,” and you know it. We’ve all done wrong; we’ve all sinned against God. None of us can earn our way into heaven, “There is none righteous, no, not one.”
But Jesus was righteous on our behalf. He had no sins of His own to die for, but He willingly died anyway to pay the penalty for the sins of His people. That’s how we can be forgiven – God accepted the suffering of a sinless Savior, so unworthy sinners like us could have our guilt cleared away.

For by grace you have been saved through faith, and that not of yourselves; it is the gift of God, not of works, lest anyone should boast.
Ephesians 2:8-9

God did it all. All that is required of us is that we repent, turn away from our sins, and believe. Wilson was only 26. What if your life ends that early? Jesus said, “Repent, and believe in the gospel.”
We talk a lot about the transition to adulthood, but there is no more important transition than this one. Friends, it’s time for a transition to spiritual adulthood. It’s time to take responsibility for your own faith.
Wilson did.
And now he beholds the face of the Father!
Resource: If you’re a teen or a parent of one, our PreFlight master class for teens and their parents can help you be ready for the transition to adulthood, ready spiritually and emotionally, but also have the skills, knowledge, and confidence they need. Check it out here.
Please pray for Wilson’s family and friends as they grieve. Thank God they do not grieve as those who have no hope!
In memoriam Wilson Brant, man of God. 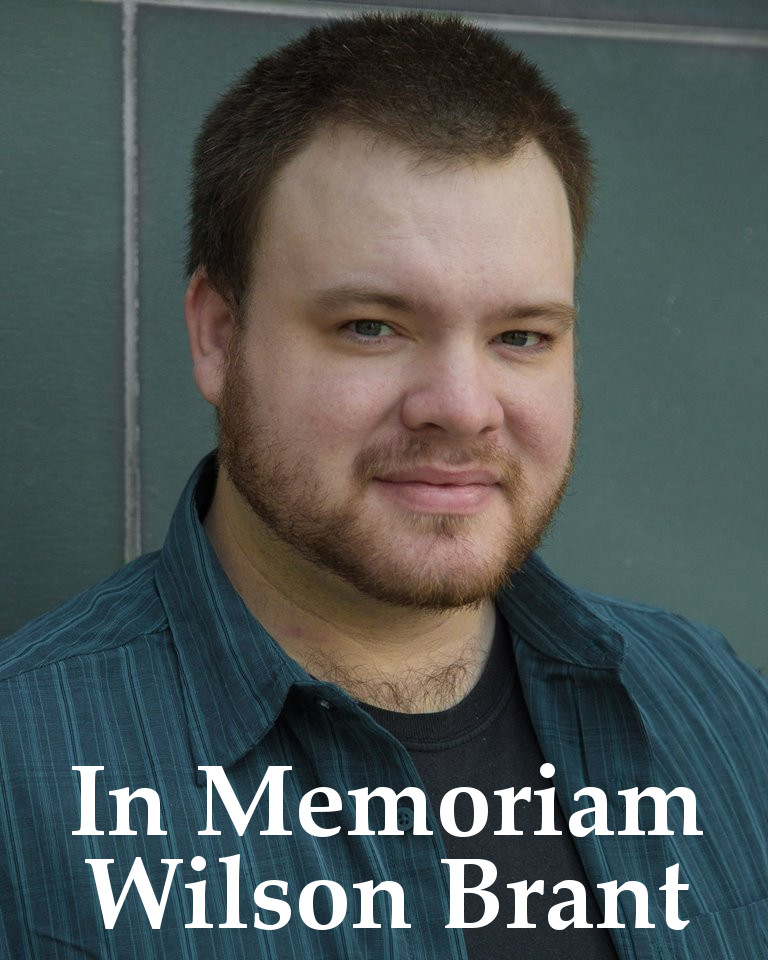 Thank you for supporting our ministry with your purchases this Christmas! Check out our Annual Gift Guide for Boys or go directly to our store.
We appreciate you!

6 responses to “Transitioning to Spiritual Adulthood”