Q&A: My Son is Stealing Food…

Posted by Hal and Melanie Young in Uncategorized
107shares

A Facebook reader asks, “How do you deal with sneaking and stealing food and then lying about it?

My son (18) has been sneaking and stealing food for YEARS. If it’s there, he will take it. If I make cookies or brownies, he will help himself with no regard for others. If my husband gives me chocolate for Valentine’s Day, he will steal it. If there are dinner left-overs he will help himself to as much as he wants of them for lunch the next day with no regard for what his sisters will eat. 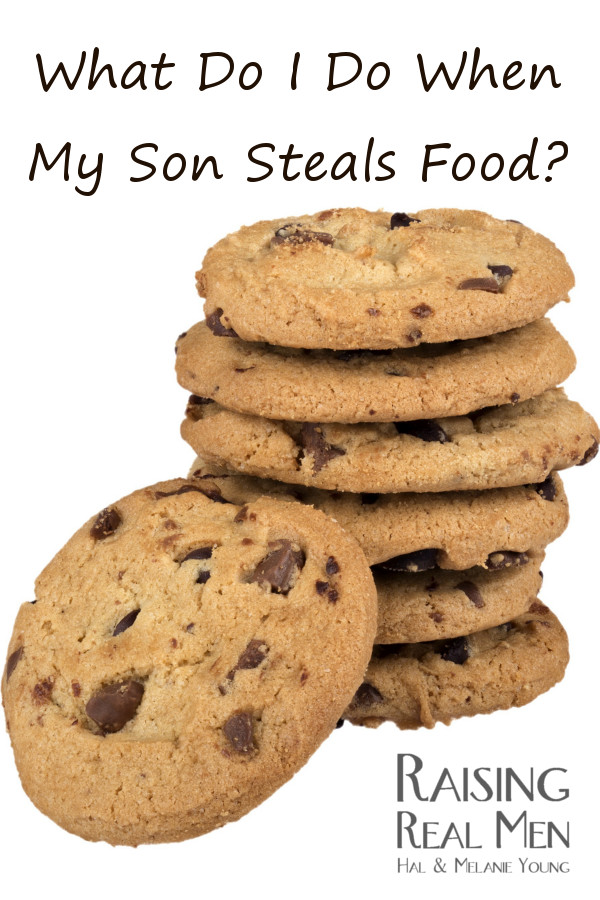 He seems to have an entitlement mentality that he somehow deserves it and should have preference. He doesn’t seem to care that he’s taking food out of a family member’s mouth or depriving them of a treat or leaving them with nothing to eat.

I have tried all sorts of discipline. I have tried to appeal to his heart. I have taken him to God’s Word. I have tried having fruits and veggies available, but I can not afford to allow unlimited access to snacks.

We’ve gotten to a place where I have to count out the cookies when I make them and tell each person exactly how many they may have, and still he will take more and then deny it. The stealing is often compounded by lying. This has been a battle for years, and I am concerned about sending him out into the world without having experienced victory in this area. Thanks!”

First, he’s hurting those he says he loves, so he needs to be held accountable. It needs to cost him. Every once in a while, someone around here will eat something I was saving or that someone else was. My reaction, especially with young men this age is, “Okay, get in the car and go buy some more. You know that wasn’t yours. Yes, you pay for it. Buy a little extra, too, as an apology.” And hand them their keys and hold the door open. That pretty much cures it.

Also, his sin needs to be rebuked. When he gets back, I’d say, “You know, eating that when it didn’t belong to you was unkind. We’re supposed to “count others more significant than yourselves.” (Philippians 2:3) It’s also stealing and the Word says, “You shall not steal.” (Exodus 20:15) As a young man who claims to be a believer, you ought not to be doing things like that.”

And stop there. You don’t need to be the Holy Spirit. Just bring the Word to your son’s mind and let the Holy Spirit work. Don’t let this become a battle between you and him. Keep your temper.

Lastly, he may just not be getting enough to eat. Boys that age eat a LOT. If you guys eat a lot of low fat foods, especially, he may not be getting the raw calories he needs. Our son who is an athlete eats six scrambled eggs for a snack — and you can see his ribs!

Of course, that’s no excuse for sin, but there’s no need to tempt him unduly, either. Have some protein/fat foods that he can eat freely available to him. Eggs, cheese, milk, nuts are good options.

This parenting thing is tough, no doubt about that, but it’s really tough when you have an almost ready to be independent adult acting like a child. You’ve got to hit the balance between being as iron sharpens iron, rebuking them when they need it, and respecting the fact that they are almost old enough to just walk away. You just can’t treat them like children, even when they act like it! It’s a balance that can have a profitable result in their lives, though, when you get it right, so it’s worth the battle.