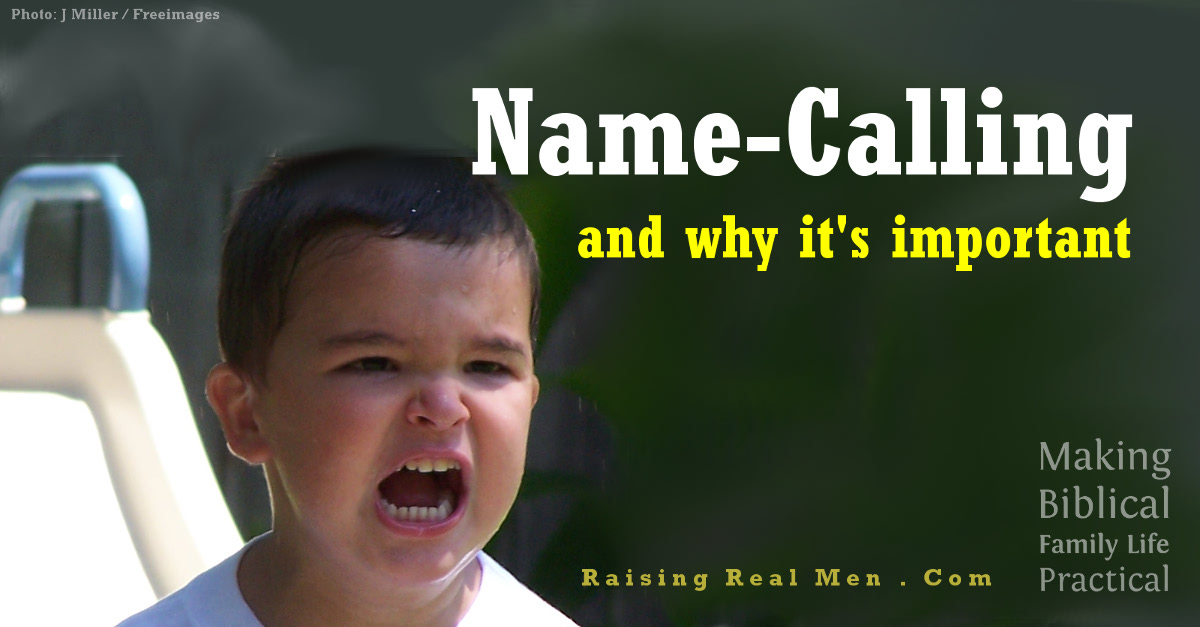 Name-Calling – No Big Deal, or 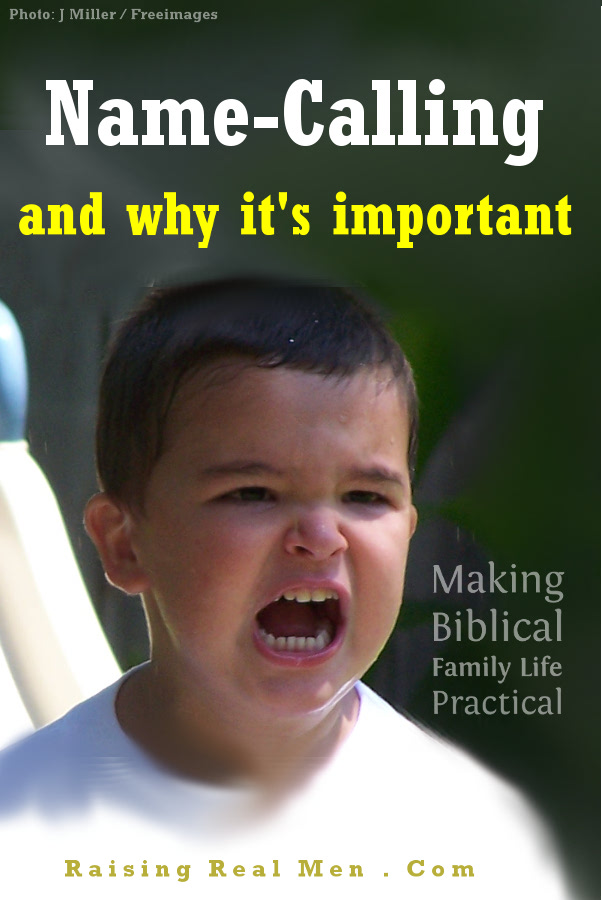 Do you remember the first time somebody called you a bad name, and a well-meaning parent or teacher told you to brush it off, saying, “Sticks and stones may break my bones, but names will never hurt me”?

Actually, our experience is that a playground scuffle wears off pretty quickly. A verbal cruelty, though, goes deeper into the memory, and it can be pulled back to the surface to taunt us again, years or a lifetime later.

We have a friend who told us that she was the oldest child in her large family, and frankly, she was a mean one – making a hobby of mocking, jeering, and taunting her younger siblings. She made their relationship so hostile that when she became a Christian as an adult, none of her siblings would give the slightest hearing to the Good News which had transformed her life. She couldn’t even convince them to listen to her apology – years after she’d left home.

Names will hurt you – sad experience will prove it!

And it’s not just a kids-will-be-kids sort of problem. It’s not limited to the playground—not for our kids, and not for us adults either.

The Bible warns us about name-calling

When Hal was in college, his pastor preached a whole series of sermons on “the tongue” – the power and the danger which lives in our words. The Bible says a great deal about words and names … we shouldn’t take it lightly.

James says our tongue is “an unruly evil, full of deadly poison. With it we bless our God and Father, and with it we curse men … My brethren, these things ought not to be so.” (James 3:8-10) He compares it to a small flame than can set a whole forest blazing, or the small rudder which can steer a giant ship.

In fact, Paul wrote to Titus that believers should “speak evil of no one” (Titus 3:2). The word he used is blasphemeo. The term broadly means to slander, revile, or speak reproachfully about someone. If we blaspheme God, we’re slandering His holiness and perfection – but we can also be guilty of blaspheming our fellow sinners, if we speak maliciously and untruthfully about them. Paul used the word for unjust accusations that had been made against himself, and the book of Jude says that even the archangel Michael avoided this kind of talk when he contended with the devil.

And back here on earth, there’s Proverbs 6:16-19 – of seven things which God calls “abomination,” including murder, perjury, conspiracy, and arrogance, we’re told God hates “one who sows discord among brethren.”

So if we take lying seriously, we need to take name-calling seriously too … because God does!

Coming Up: Are nicknames okay? How should we deal with unkind teasing at home?