Voting When There’s Not Much Choice

The presidential primary season is bursting into flame today with the “Super Tuesday” primaries in 11 states, followed by 14 more in the next two weeks. With 16 of the original 23 candidates out of the race, you might be looking at your second or third choice already! So what’s a Christian citizen to do? 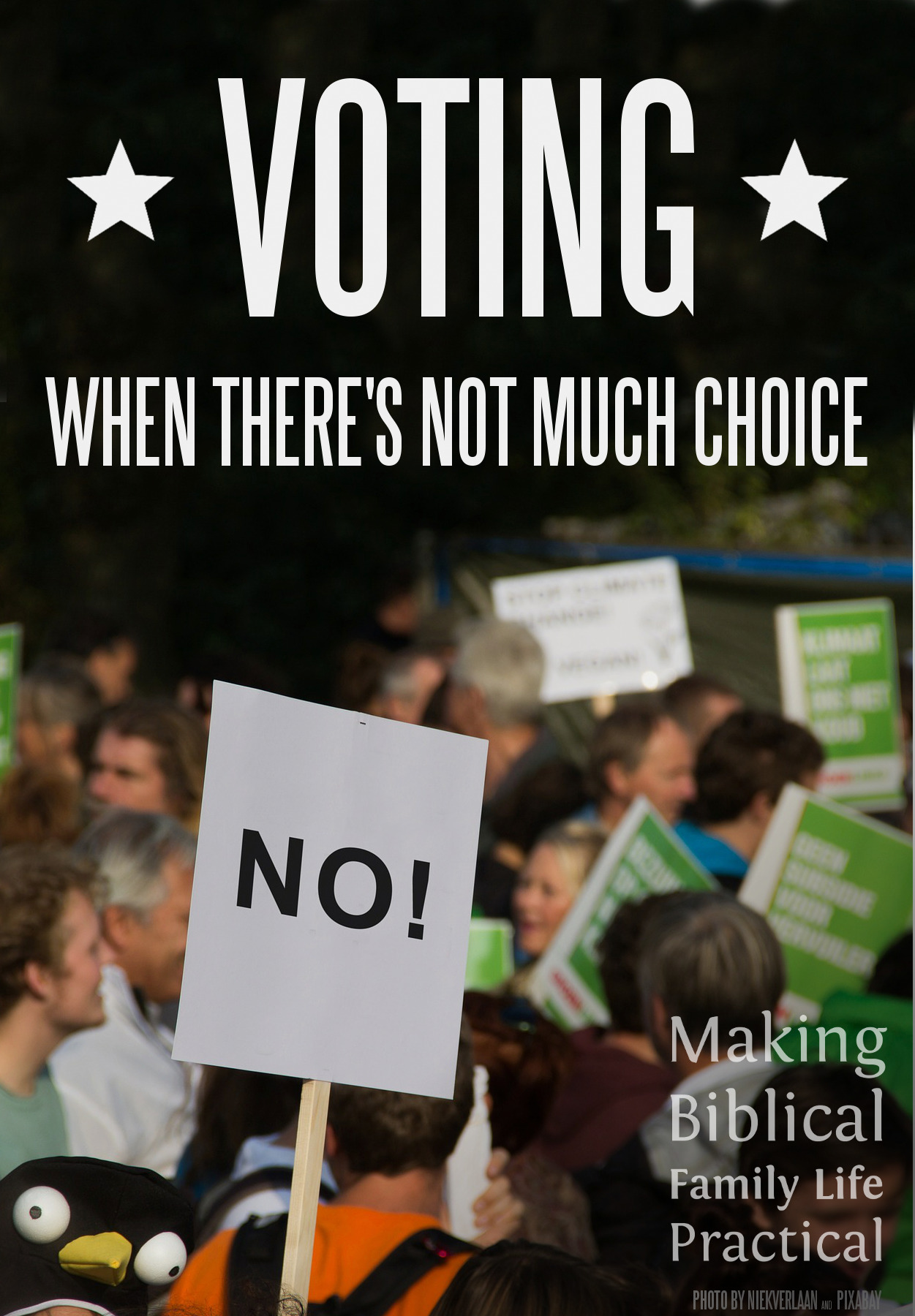 The Bible doesn’t give many examples that look like a democratic election. Israel chose a king, and the New Testament church is told how to select elders and deacons. Beyond that, the major instruction seems to be, “Let every soul be subject to the governing authorities” – even when the authority isn’t our choice or isn’t even a righteous man or woman. We have a responsibility to obey God rather than man where there is a clear contradiction – but otherwise, we’re supposed to pray for our rulers and be good citizens (our paraphrase!).

But unlike the apostle Paul, we have the opportunity to choose our rulers. It’s matter of Christian stewardship to be informed and take part in the process.

A critical doctrine in American government

Our Founders brought many Biblical doctrines into our Constitution and legal system – for example, equality before the law, the right to face your accuser, the protection of property but with certain regulations, and more. But one of the most important is the doctrine of original sin. We all have it: “There is none righteous, no, not one … for all have sinned and fall short of the glory of God.”

There are practical political implications if you understand the problem of original sin:

So the Founders created a government in tension – three branches, each with some power over the other two, and approvals needed by more than one person or one branch for all the most important decisions.

The separation of powers has eroded, so the person in the presidency has become more important than ever. Consider how this has played out in recent years:

So whether you have a favorite candidate or feel like throwing up your hands, the decision of who occupies the White House is too important to leave to other people.

What we look for in a candidate

McKay Caston summed this up well in this article. He said we have to look at three principles:

In light of the power in the president’s control now, especially in his appointment powers, we’d add one more point –

The Buckley Rule – William F. Buckley said, in the hotly-contested 1964 primary, that he and his magazine (the conservative journal National Review) would support “the rightward-most viable candidate.” That’s not “the most electable” — but rather, the one who is right most of the time and still has a chance in the election. The candidate who is 98% perfect but only attracts 3% of his own party’s primary voters … sorry, he’s just not going to be on the ballot in November. But we’ll support the candidate who’s right 80% of the time over the 55%-er, even if the “moderate” polls better than the more principled option.

Protest votes – In a normal year, we’d say make the vote for that 98% candidate in the primary, then fall back to the best of the two major candidates in November. This year, though, we have two front-runners who are demonstrably dishonest people, one under federal investigation and another with ties to organized crime and seven-figure penalties for hiring illegal immigrant labor; what’s more, the Republican front-runner used to agree with most of the Democratic positions until recently and praises dictators who squelch human rights in their country. This year, we’d say the time for protest votes and reform candidates has passed early.

Don’t underestimate the effect of third party candidates – In our state in 2008, an active Libertarian candidate attracted votes nearly equal to the difference between the two major parties. Had those voters rallied around one of the two major parties, the 1- or 2-percent difference could have swung the election. On the national level, third party candidates have never reached 30%, but the two most successful third-party runs were immediately followed by civil war (1860) and Woodrow Wilson (1912). Third-party runs are often a reflection of unsettled times, and sometimes make them worse.

Celebrating Number 2 – One writer this week suggested that Republicans unhappy with their front-runner should support the second-place candidate in their state, in hope of propelling a more acceptable alternative state-by-state. That’s a strategy we might consider! 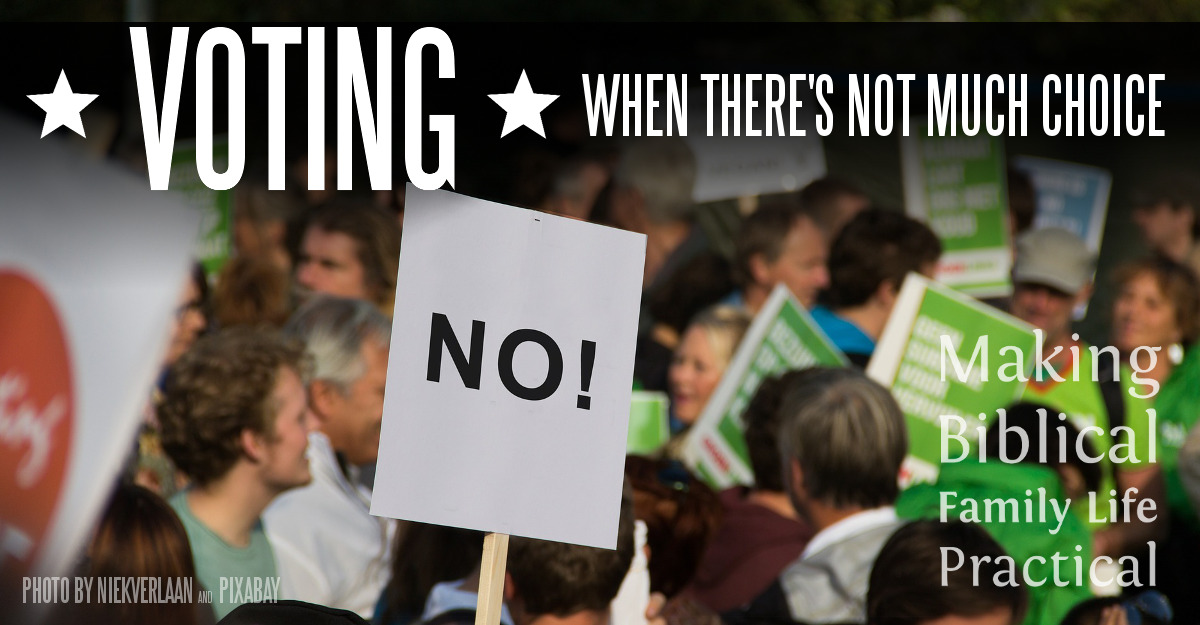 We live in an imperfect world. Well, let’s say it – it’s fallen. So with that in mind, what are we doing to choose the best of the imperfect, fallen candidates available? And are we taking the opportunity we’re given, to actually guide the process of electing the ruler we’re told to pray for and submit to for the next four years?

One response to “Voting When There’s Not Much Choice”