Finding a Mate: Don’t Shut the Door Too Soon!

Lately, I’ve been noticing a phenomenon among our acquaintances that really concerns me. Single ladies, we don’t often address you on these pages, but this one’s for you. Most of the young adults we know are very intentional about finding a mate in the right way. They are committed to waiting until they are ready (or just about ready) for marriage to begin looking and to go about the process in a God-honoring way that doesn’t defraud anyone. That’s great! That’s what we’ve taught our own sons. So far so good. The problem is this: Some of you may be closing the door too soon.

What should a young woman do when she suspects a guy is interested in her? Lately, it seems she’ll either speak to the guy, or get her father or best friend to to, and tell him to forget it, she’s just not interested. Is that a problem? Isn’t it just kind to let him know there’s no chance? 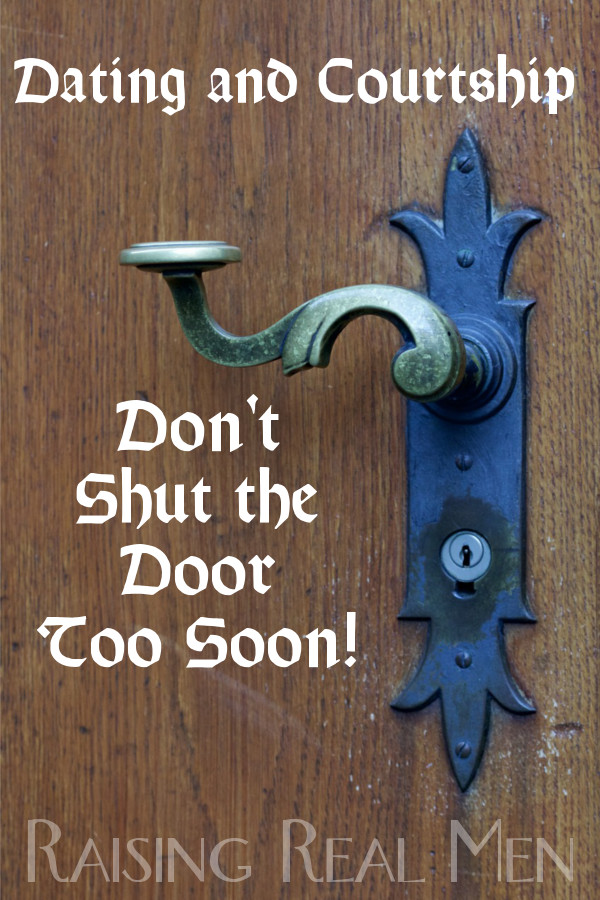 Let me tell you a story. Once upon a time, a young man and a young woman went to the same college and became good friends. She was a believer and he came to Christ that year. Her mother even told the young woman that she thought that was the man she’d marry. She wasn’t having any of it. She didn’t feel attracted at all. They were just friends. Not interested. Not at all. Thankfully, she didn’t feel compelled to tell him that and push him away. They stayed friends for another couple of years.

Then something incredible happened. They both changed. They decided to seek the Lord on whether He would have them to become something more. They began a relationship with the blessing of their parents and pastors and married the next year. We’ve been married for over thirty incredibly happy years now. Yes, that’s our story. 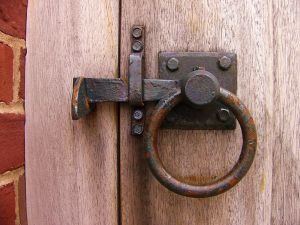 You see, the things that make Hal a prince among men were not immediately obvious to a casual friend back then. I had to get to know him. I had to fall in love with his mind and with his character. The rest of the attraction came after that. Now I would rather be married to him than anyone on the planet.

I’m worried that girls are pushing off guys without giving them the chance Hal had – the chance for me to see more than the surface level of who he is. Why are they doing it? To put the best construction on it, perhaps they are trying to spare the guys pain, trying to make sure they don’t get any more invested. Or, maybe they are afraid other guys will note his interest and back off. (More likely, it’ll make them hurry up!) 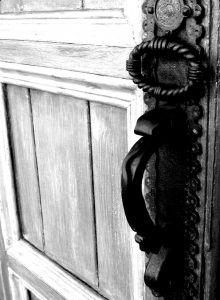 Regardless, if a guy hasn’t stated his interest outright, I think it’s better to just stay quiet and see what happens.

You don’t want to miss a gem because it hasn’t been cut and polished yet. The guy you aren’t interested in today, because you aren’t immediately attracted to him or he just isn’t what you’d pictured or he doesn’t seem mature enough, may be just the right guy for you, a really seriously incredible guy, in a year or two. Think how much you’ve grown in the past couple of years!

Besides, how awkward! Guys have told us about girls pinning them down, “Are you interested in me?” Well, what’s he supposed to say? Maybe he is, but would like to say so in his own way instead of confess it like a guilty secret. Maybe he’s just considering it, getting to know you. He certainly would rather choose his own timing! Maybe he isn’t interested at all, but is trying to be your friend. He’d rather not embarrass you if the truth isn’t what you suspect. Is clarity an improvement in any of those cases? No? Then, don’t ask for it.

Even if he does state his interest outright, you probably shouldn’t slam the door in his face. Again, you don’t know how you’ll feel in a few years. Maybe you will have learned things about him that made you love him (like me and Hal), or maybe he’ll grow and change (again, Hal was a new believer when someone first mentioned the possibility, but later he became a leader among Christians on campus). I’d hate for you to push off someone like God gave me! Instead, how about, if he openly asks to date or court you, “I’m not interested right now, why don’t we just stay friends and see what the Lord does?” It’s honest, but it leaves a crack in the door. A door that may lead to a wonderful life!

So, be patient. If he speaks up, speak up (gently and not finally, unless he’s not eligible). If he doesn’t, it’s for a reason and you probably ought not to, either. So, here’s to friendship and open doors and not speaking too soon! May the Lord bring you a mate that will bless your whole life. He sure did that for me.

Should There Only Be One Suitor? For more on finding a mate, order our brand new book,

For more on marriage, get

My Beloved and My Friend: How to be Married to Your Best Friend Without Changing Spouses.

Besides, you’ll get to hear our whole story, including how Melanie reacted when Hal expressed his interest — before she was interested!

One response to “Finding a Mate: Don’t Shut the Door Too Soon!”