The Two Sides of Strength

We love football. Growing up as the children of Clemson grads, you hardly have a choice. Football is the king of sports around here.

Everyone was delighted when our friend Earl Pendleton started up the Homeschool Football League. Everyone, that is, except me. I was afraid, I said, they’d scramble their brains. I said they could play flag football, but honestly, they weren’t very good at it – not fast enough for a game where strength counted for nothing.

Then one year, our Math Man discovered sports stats. He kept notebooks full of stats on football players all over the nation. Playing football became the big goal of his 11 year old brain. He begged and pleaded until we agreed if they earned the hundreds of dollars needed for the first year equipment fee and registration for all of them to play, they could. They ran themselves ragged earning money in every way they could think of and they finally did it. It was a match made in heaven. Our boys are big and strong – they were really good at it!

They love football season. They love to try their strength against other guys. Football is controlled combat. The chance to stretch yourself against other men, but without the risk of war. Guys love it. And it does a great job using up that excess testosterone of the teen years. It’d be great if their were strongly Christian teams like HFL all over the place.

All that to say that we tend to notice football news and this morning we were struck by the juxtaposition of two big stories in the press.

In Florida this weekend at a youth game, the referees made an unpopular call. Now, in HFL if you talk back to a ref, you are ejected from the game. The adults in charge of the gators had a different attitude entirely. The Gator coaches threw their water bottles at the ref! Before long over a dozen coaches and players were assaulting the official, including one young man in full armor who tackled him. How shameful it is for those men young and old to use their strength to beat their unarmed, not opponent, but authority! They are guilty of felony as well as shameful behavior and their lives will never be the same. Read the whole story here.

In Indiana, on the other hand, three high school players saw a terrible accident and realized a family was trapped in a blazing pick-up truck. The young men crossed a ravine, stomped down a barbed wire fence and ran to the rescue. They released a man who immediately turned to pull his three year old daughter out and told them his pregnant wife was trapped. These young heroes undaunted by the flames grabbed a couple of passersby and flipped that truck right over, saving the young expectant mother just in time. That’s what strength’s for, gentlemen! Read all about it here.

God gave men strength to enable them to provide and protect. Sin perverts that design and uses strength in the service of intimidation and abuse. We need to encourage our boys to hone their strength, but more than that, to always use it for good. It’s a  noblesse oblige of strength – the obligation of nobility to use power to do right. We read these stories to our sons this morning. You might want to, too. 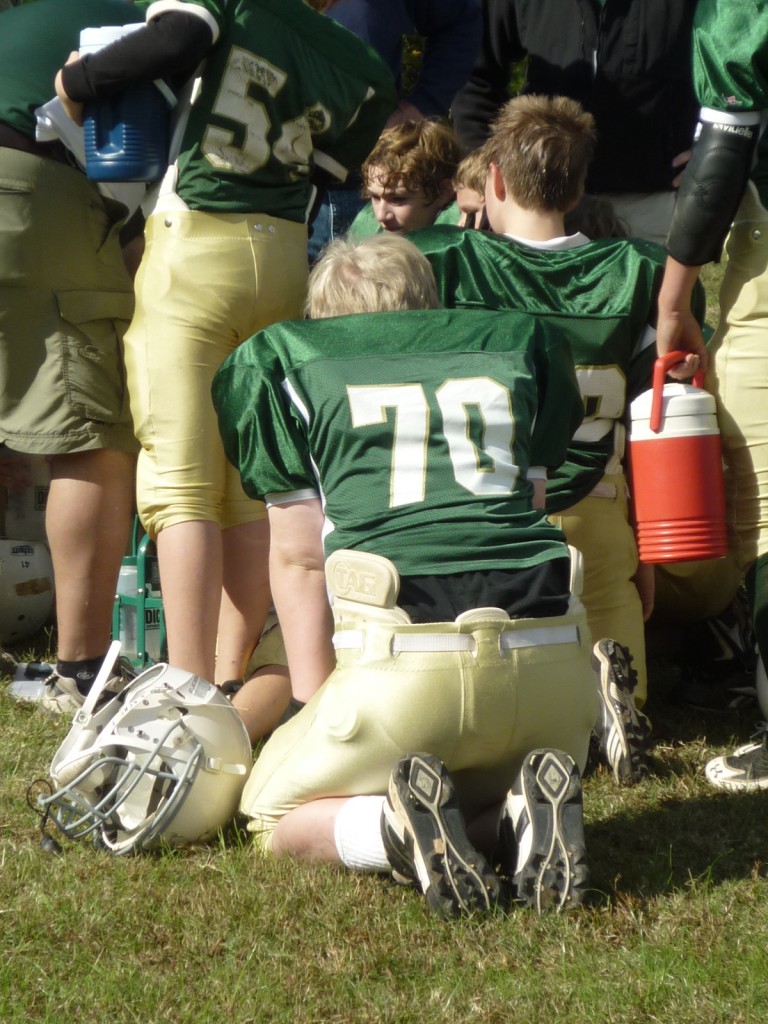 One response to “The Two Sides of Strength”

Thanks for Your Support This Year! Dismiss