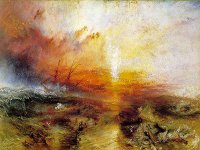 From Slaver To Pastor John Newton, the converted former slave trader who became pastor to English abolitionist William Wilberforce, has a supporting role in the film Amazing Grace — besides, obviously, writing the theme song (in a sense).  His own story is just as fascinating, and even more dramatic, than Wilberforce’s.

I just finished re-reading Newton’s autobiography, reprinted as Out of The Depths by Kregel Publications.  The major part of the small book is a collection of eight lengthy letters which Newton wrote to a pastor friend, before Newton himself became a minister.  There is a modern biographical introduction, and an older concluding chapter which reviews Newton’s pastoral career and final years.

Newton was a clever young man whose father, a ship captain, took him to sea as a teenager.  Bad company and worse reading lead the young Newton into a life of impulse, profaneness (which is more than just bad language), and self-destructive worldliness.  By the time he was seventeen, he was so irreverent he frightened other sailors by his boldness.

His descent into the most degrading situations he could find was punctuated with futile attempts at self-reformation then deeper wallowing in sin.  At one point, he was no more than a slave himself, a proud white Englishman groveling for scraps from a cruel African woman on the coast of Sierra Leone.  At the same time, he was miraculously saved from storms, disease, and disasters time and time again, until the Lord drew him to His grace.  That redeeming love became the center of Newton’s life, leading him to a true repentence and a life of increasing godliness, and eventually to a long and productive ministry.

Newton’s account is vivid but he doesn’t give any inappropriate details that might offend or tempt a young reader.  He clearly communicates how revolting he became in his early life, and his revulsion with the old self when God saved him.  After conversion he lived in constant amazement and humility before God.  When he was in his eighties and friends suggested his age and advancing blindness might be grounds for an honorable retirement, he retorted, “What, and the African blasphemer be silent, while he can still speak?”  It is completely appropriate that Newton is most associated with his hymn, “Amazing Grace,” because it perfectly captures his life and testimony.

I’d recommend this for any high school reader.  There is nothing to trouble a younger student, but much of Newton’s early wandering was a result of dalliance with humanistic philosophies, a temptation which older students will understand more easily–and a temptation they need to guard themselves against.  It also demonstrates that 18th-century literature can be lively and colorful, and worth a little wrestling with vocabulary.

You can get this terrific biography from our friends at Grace & Truth Books … Click here.

One response to “From Slaver To Pastor”